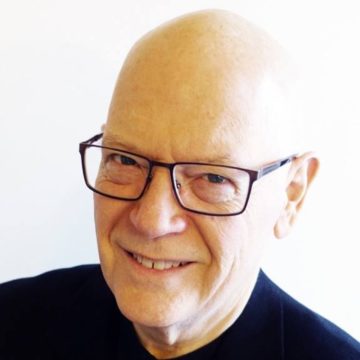 Richard’s latest book, The Conductor’s Toolbox: Transforming Yourself as Musician and Conductor, can be found at GIA Music.

Sparks is one of the few Americans invited to work with the famed Swedish Radio Choir in 2002, 2007, and 2008, including preparing the Brahms Ein Deutsches Requiem for a performance with Valery Gergiev and the Rotterdam Philharmonic,which is on DVD with BIS Records. He has also guest conducted the Santa Fe Desert Chorale, Vocal Arts Ensemble of Cincinnati, and the Anchorage Music Festival among many others.

Archbishop Cordileone and the Benedict XVI Institute for Sacred Music and Divine Worship are honored that Richard Sparks brings his distinguished talents to the B16 mission of offering great and elevating works of sacred music, both old and new, in the context in which they were made to be heard: as prayer, not performance. 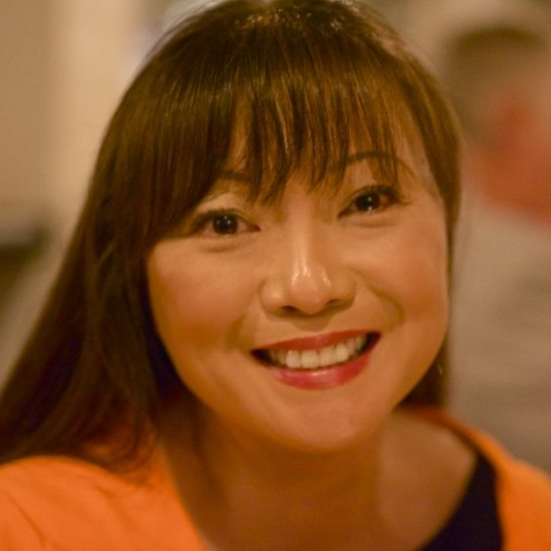 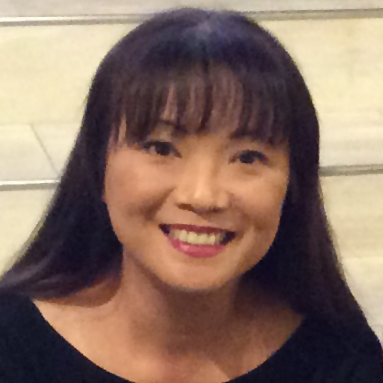 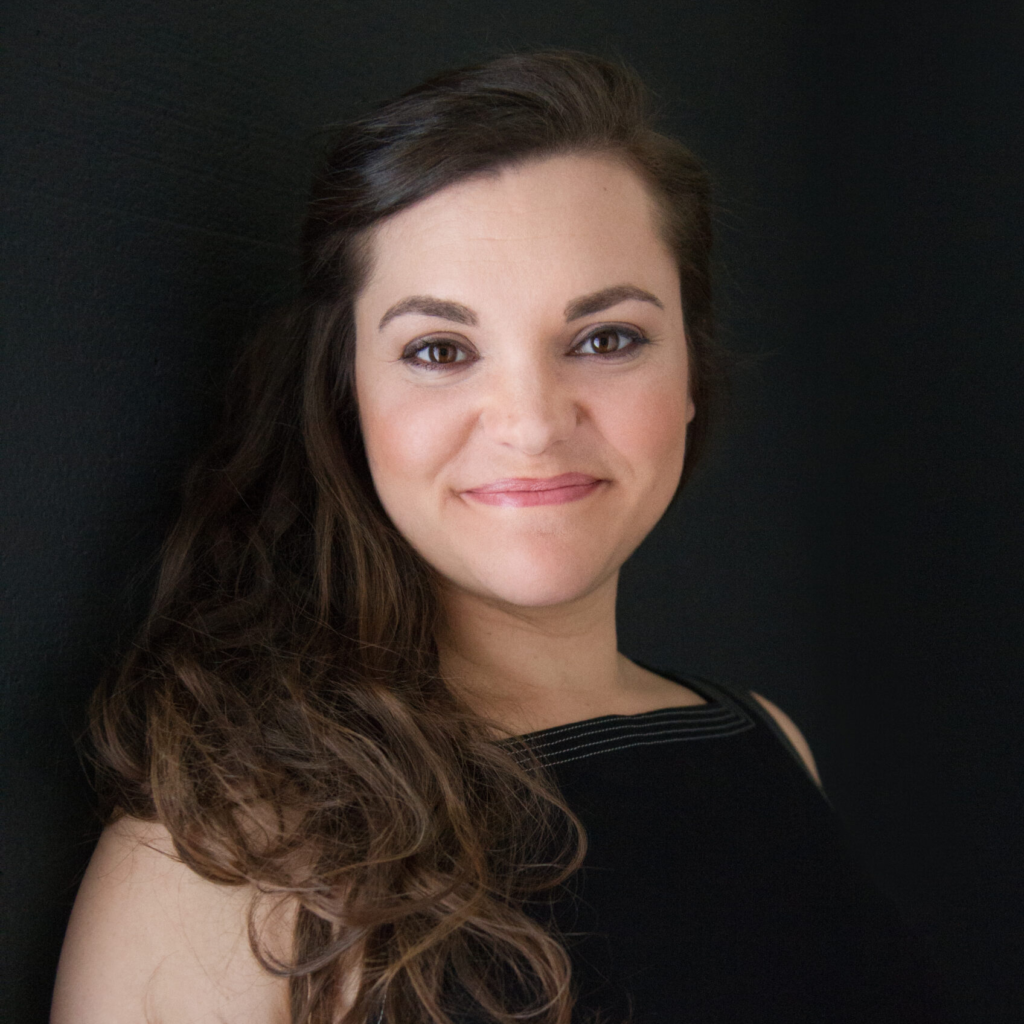 Natalie Ingrisano, soprano, enjoys performing as a soloist, chamber singer, and professional chorister in the Pacific Northwest and Midwest. As a soloist, Ingrisano’s 2019/2020 seasons included performing on the Seattle concert series Pacific MusicWorks Underground, Sanctuary in the City, and Bach’s Lunch, as well as performing with the Cantaré Ensemble and Bellevue Chamber Chorus. Recent favorite solo performances include Charpentier’s Te Deum, Vivaldi’s Vespers, collaborating with The Beggar Boys, and a feature appearance with Seattle’s Epiphany Music Guild. She has twice had the honor of performing the United States and French National Anthems at Alliance Française and City of Chicago’s Bastille Day celebration in Daley Plaza, and she also rocked it hard as a chorister with the Rolling Stones. Ingrisano received her Master’s in Music from the Chicago College of Performing Arts at Roosevelt University and holds the Artist Diploma in Early Music from Cornish College of the Arts. 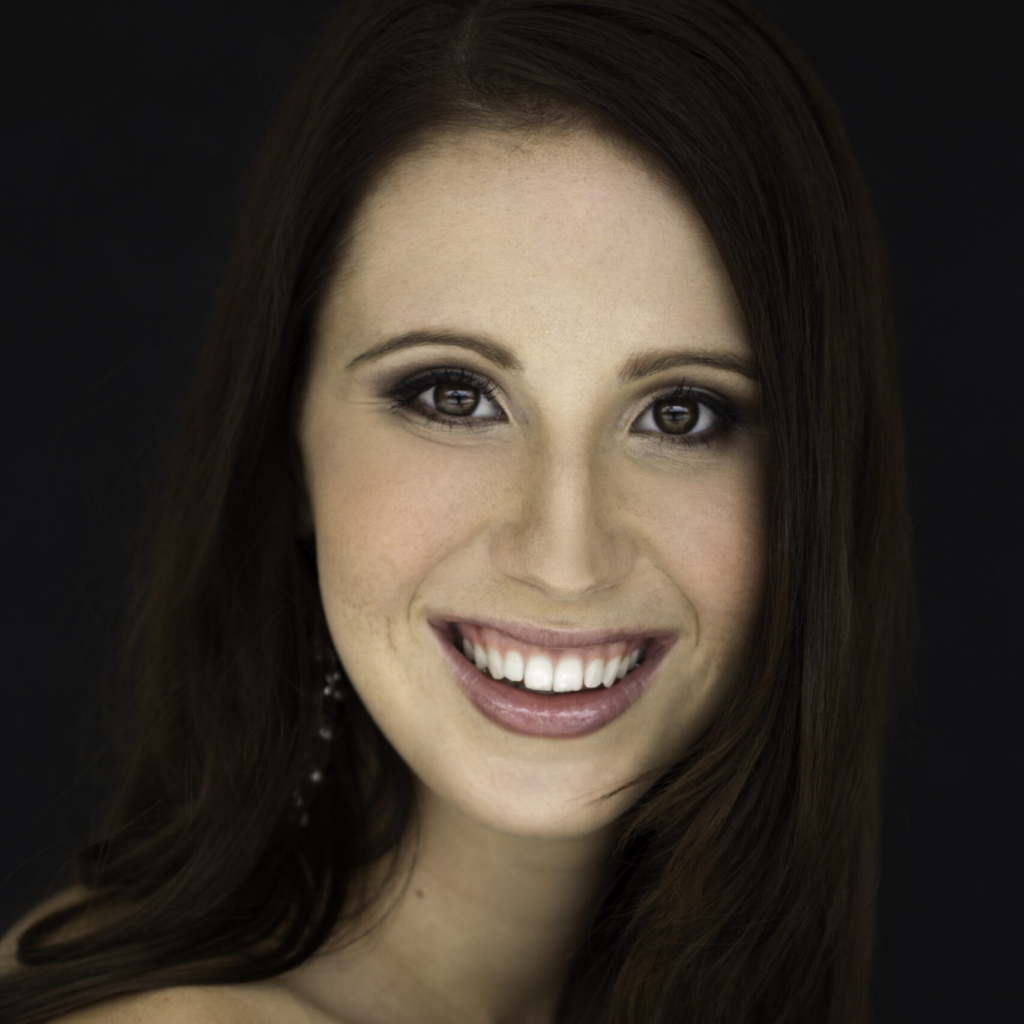 Morgan Balfour, an Australian soprano, has been praised for her “thrilling clarity” (Sydney Morning Herald), and “impressive vocal control and dynamic sensitivity” (SFCV). With an affinity for early music, Morgan was the 2019 Handel Aria Competition First Prize winner, and will perform a recital at the London Handel Festival. She has previously performed with Pinchgut Opera, Australian Brandenburg Orchestra, American Bach Soloists, California Bach Society, Canberra Symphony, Sydney Philharmonia and Brisbane Baroque Festival. Future engagements will see Morgan appear as a soloist with Madison Bach Musicians and attend the 2021 Carmel Bach Festival as a Virginia Best Adams Fellow. For the 2019/20 Season, Morgan joined Lyric Opera of Kansas City as a Resident Artist. For the 2018/2019 season, she was an AGMA chorister with the San Francisco Symphony. Morgan holds a Master’s Degree from the San Francisco Conservatory of Music and a Bachelor’s Degree from the Queensland Conservatorium of Music. 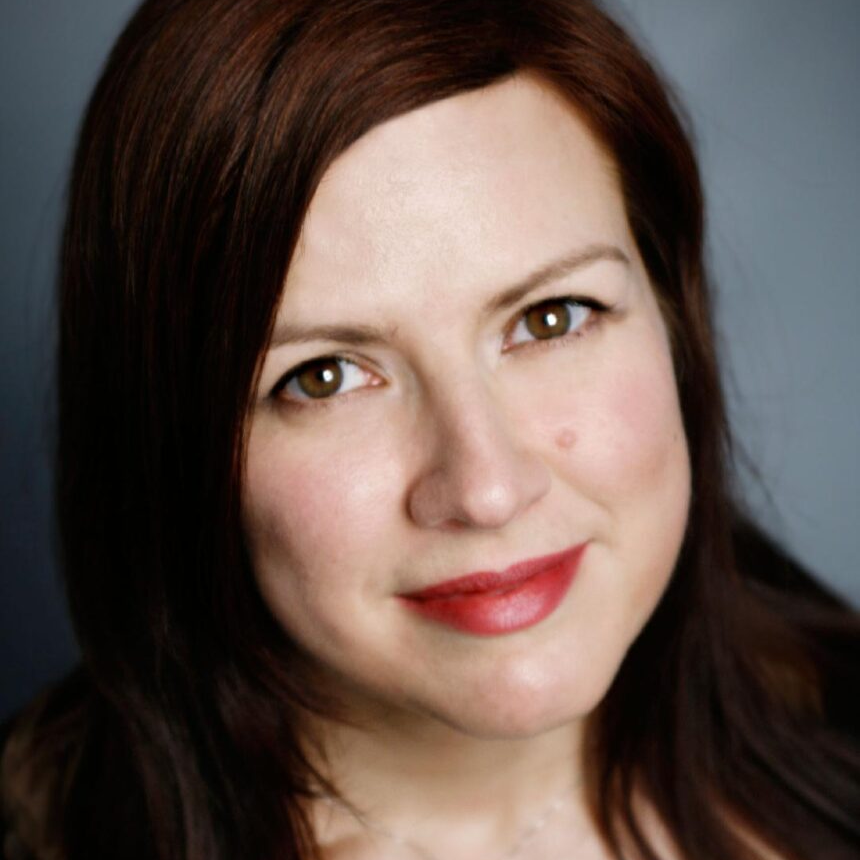 Phoebe Jevtović Rosquist’s singing spans repertoire from the medieval to the contemporary, with a specialty in the baroque era. She calls California home, but she was born in Germany and grew up in Cleveland, Ohio. Phoebe began her undergraduate studies with the intention of becoming a jazz singer, but soon discovered that early and classical music was her true calling. She has appeared with the Waverly Consort, Voices of Music, American Bach Soloists, Philharmonia Baroque, Musica Angelica, Bach Collegium San Diego, and North Holland Opera. Roles Phoebe has performed include Despina in Mozart’s Così fan tutte, Filia in Carissimi’s Jephte, Amphitrite in Locke’s Tempest, Josephine in Gilbert and Sullivan’s H.M.S. Pinafore, and the title role in Rossi’s Orfeo. Among her varied collaborations are art songs with celebrated pianist Robert Thies, early music and dance with Italy’s visionary Art Monastery Project and the Italian ensemble Cappella Artemisia. Phoebe has also toured the US and Indonesia with Gamelan X and sung Balkan & folk music with Kitka and VOCO. Phoebe completed her Master of Arts degree in Early Music Performance at the University of Southern California, and has edited a book of 17th century solo songs by Tarquinio Merula published by A-R Editions. 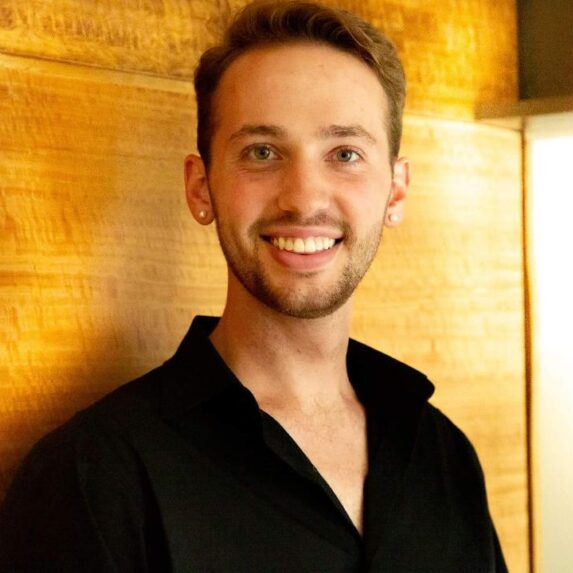 Luke Elmer, countertenor, was born and raised in Flower Mound, Texas. Having studied classical piano, concert percussion, and classical singing from a young age, he has always been passionate about excellence in music. He received a Bachelor’s degree in 2019 from Brigham Young University in Vocal Performance, studying under Dr. Robert Brandt and Professor Darrell Babidge. Luke sang in the Brigham Young University Singers for 3 years under Dr. Andrew Crane, serving as the alto section leader for the final year, and culminating in a tour to Indonesia and Vietnam. In 2018, he won an Encouragement Award at the Metropolitan Opera National Council Utah District Auditions. Presently, he studies at the San Francisco Conservatory of Music under César Ulloa, where he expects to graduate with his Master’s degree in Vocal Performance in 2021. In his free time, Luke enjoys cooking, hiking, video games, and watching movies. 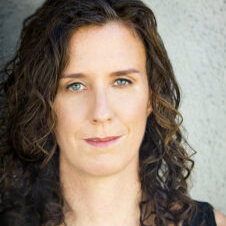 Celeste Winant, mezzo-soprano, performs regularly as an ensemble member with American Bach Soloists, Gaude, Philharmonia Chorale, Vajra Voices, and Volti. Her voice has been described by San Francisco Classical Voice as “attractive”; “a true, rich alto.”  Solo highlights include touring with San Francisco Lyric Opera’s production of David Lang’s Pulitzer Prize-winning the little match girl passion in Odense, Denmark, singing Luciano Berio’s rarely-performed Sinfonia with the UC Davis Symphony Orchestra, and performing the knotty contralto solos from Ruth Crawford Seeger’s Three Chants with Volti at the Bard Music West Music Festival.  Other ensembles with whom she has appeared as oratorio soloist include the Grace Cathedral Choir of Men & Boys, the Stanford University Singers, the UC Berkeley Chamber Chorus, and the UC Davis Choral Ensembles.  She presently studies with Karen R. Clark.  In addition to singing, Celeste has a PhD in physics and puts her quantitative skills to use as a demography researcher at UC Berkeley.

Gabriel Fanelli is the director of the Cathedral Camerata at Grace Cathedral, San Francisco. 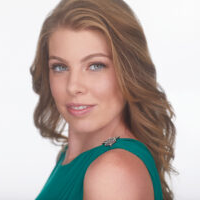 Recognized for his “strong, utterly determined” singing, Filipino-American tenor Kevin Gino performs widely in both solo and choral capacities throughout the San Francisco Bay Area. He currently studies with Cesar Ulloa, and he holds degrees from the San Francisco Conservatory of Music. Being an alumnus of both the Janiec Opera Company at Brevard Music Center as well as the Music Academy of the West, he has worked with some of the best, including Sir. Thomas Allen, Marilyn Horne, Anthony Dean Griffey, Patrick Summers, Dean Anthony, and Jeffrey Buchman. When Gino is not singing, he keeps busy designing and crafting new leather goods, learning a new recipe to enjoy, and window shopping on amazon and eBay. www.kevingino.com 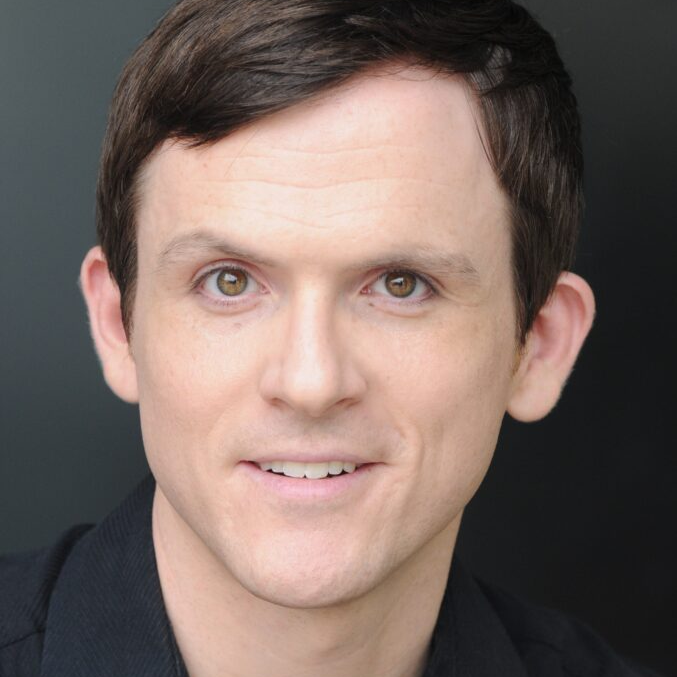 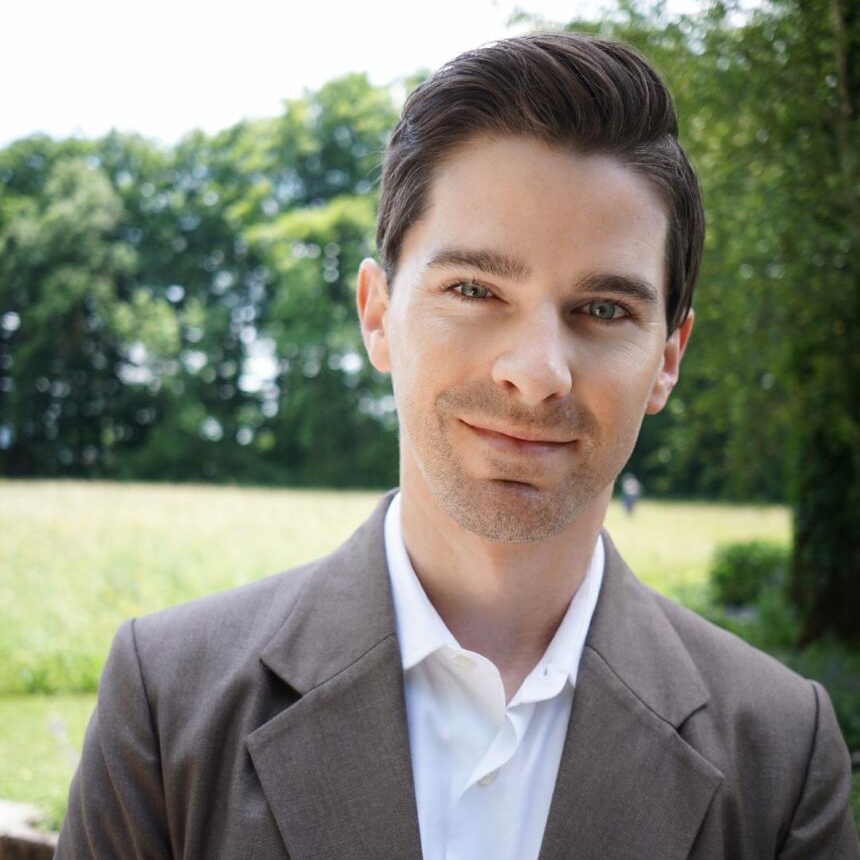 Joseph Bates, tenor, is a passionate musician, experienced data professional, proud father, and dedicated athlete.  He also enjoys collecting weird hills to die on, such as: T2s and violas get the best lines, humidity is underrated, DC should be a state, Kings Canyon is CA’s most beautiful park, and biathlon is the best sport. 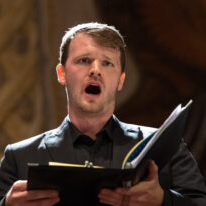 Ryan Matos, tenor, sings to connect deeply with the text, pluck audiences’ heartstrings, and have fun. He is a passionate interpreter of baroque music on both concert and operatic stages. His 2019 season included performances with Philharmonia Baroque, Bach Collegium San Diego, Internationale Bachakademie Stuttgart, Oregon Bach Festival, and consorts around the Bay Area.  Equally at home with contemporary repertoire, Ryan has undertaken several premieres as a soloist, such as Brian Baumbusch’s The Pressure at Other Minds Festival 2019. Ryan is also an expert in Italian food traditions, cooking, wine, and travel. While living in Rome for two years, he learned Italian fluently (working as a translator), studied singing with Italian teachers, sang in several beautiful churches, discovered he is in fact a beach person, and learned how to make guanciale, pancetta, ricotta, amari, and other Italian products. 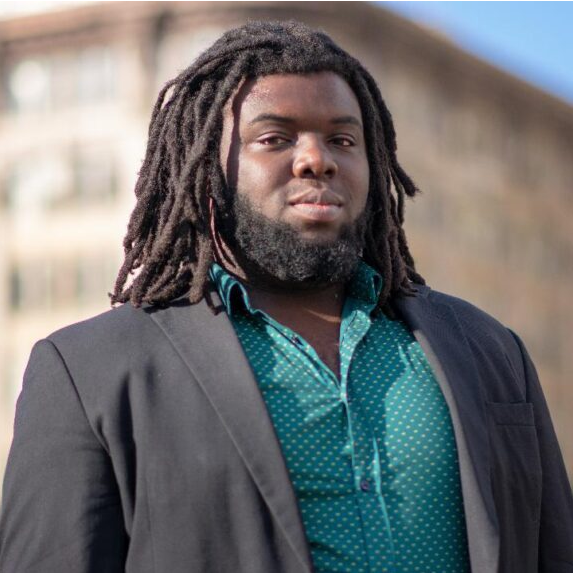 Wilford Kelly, Florida-native bass-baritone, is a multi-talented singer based in San Francisco, California under the tutelage of César Ulloa. Currently, he is a full-time member of the San Francisco Opera Chorus and recently graduated from the San Francisco Conservatory of Music with his Master of Music Degree in Voice. During his time at the Conservatory, Wilford performed many roles in the SFCM mainstage opera productions including Bartolo in Mozart’s Le nozze di Figaro, Gus O’Neill in John Musto’s Later the Same Evening, Leone in Händel’s Tamerlano, and Lackei in Strauss’s Ariadne auf Naxos Wilford has also garnered attention outside of the SFCM performance community, performing in recent engagements with the Jacksonville Symphony, the San Francisco Symphony Youth Orchestra, and as a Studio Artist with Wolf Trap Opera for their 2019 season. He has also achieved success on the competition circuit, having been named a recipient of the Encouragement Award at the San Francisco District Metropolitan Opera National Council Auditions this past fall. He is happy to be returning to the Benedict XIV for a second year! 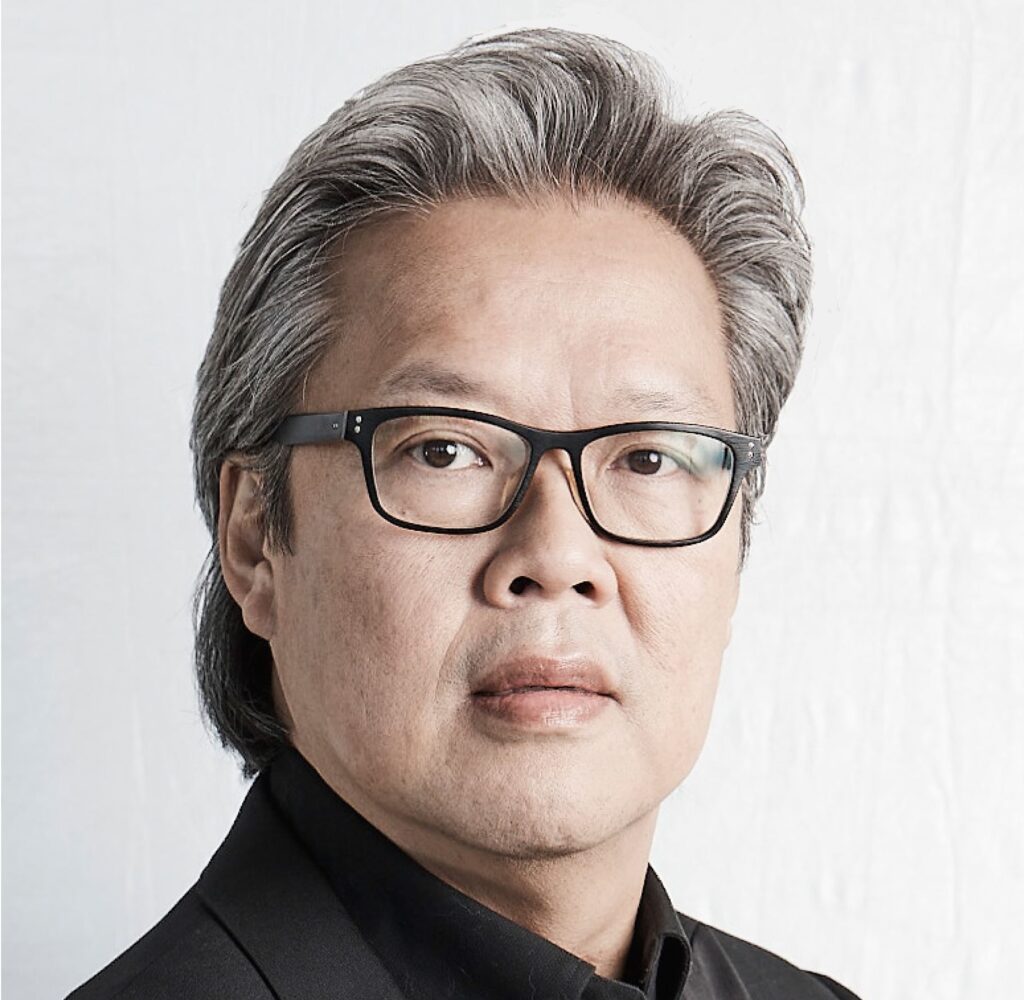 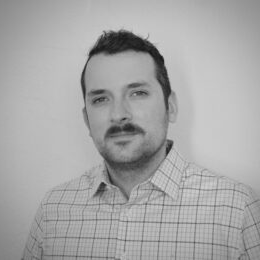 Daniel Brakefield is a bass-baritone, and proud AGMA member, based in the Bay Area who divides his time and work efforts between his greatest passions; food, cocktails, and music. He received his bachelor’s degree in vocal performance from Western Illinois University and his master’s degree in vocal performance from California State University, East Bay. He has been singing with Benedict XVI since 2018, loving nearly every minute of it. On stage he has performed principal and supporting roles in La Nozze di Figaro, Barbiere di Siviglia, Die Zauberflote, Gianni Schicchi, Pirates of Penzance, The Mikado, Last Romance, The Telephone, The Medium, Amahl and the Night Visitors, Gallantry, and Hansel und Gretel. He has also performed as a soloist in performances of Haydn’s Lord Nelson Mass, Handel’s Messiah, Bach’s Mass in B Minor, Beethoven’s 9th Symphony, and the Vaughan Williams Dona Nobis Pacem. Beyond Benedict XVI, he has performed with the San Francisco Symphony, Volti, Cantare con Vivo, Bang on a Can, and Cappella SF. Mr. Brakefield has been recorded on the soundtrack for the Civilization video game franchise, as well as singing on Timeless: Ten Centuries of Music and Mass Transmission: Choral Works by Mason Bates. 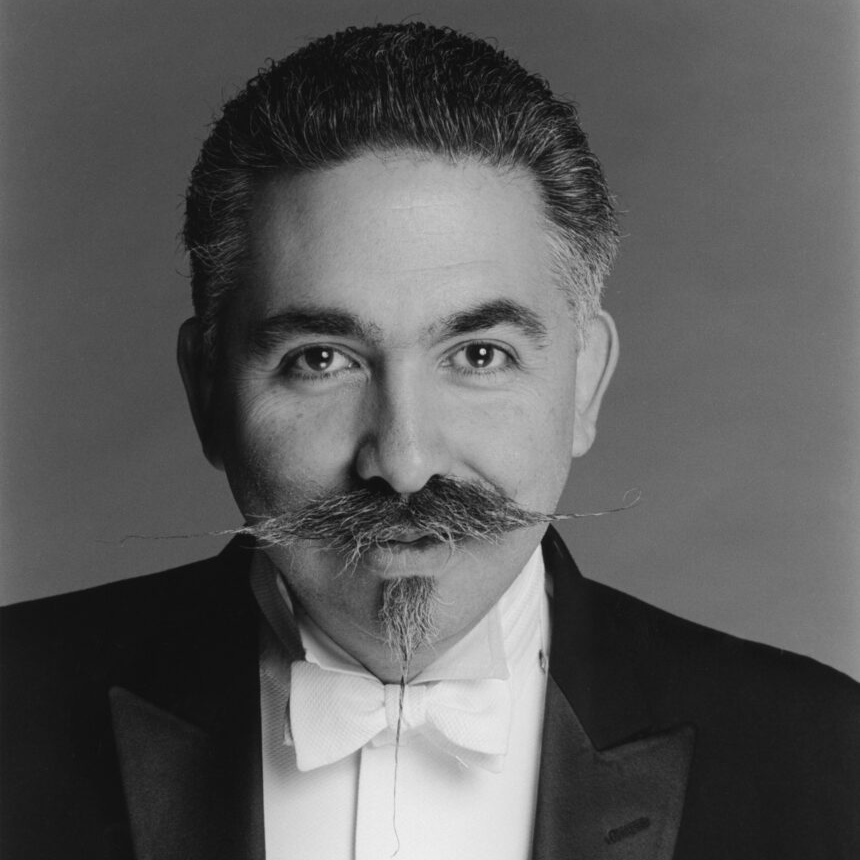 Eric Alatorre is the Bass best associated with Chanticleer, where he was a member for nearly 30 years, and is well known for his deep and rich voice. During his tenure with Chanticleer he saw the ensemble grow from a group known best in the United States to an internationally acclaimed ensemble. He has performed in many of the world’s major concert venues on 6 continents, and made nearly 60 recordings which have garnered 3 Grammy awards.