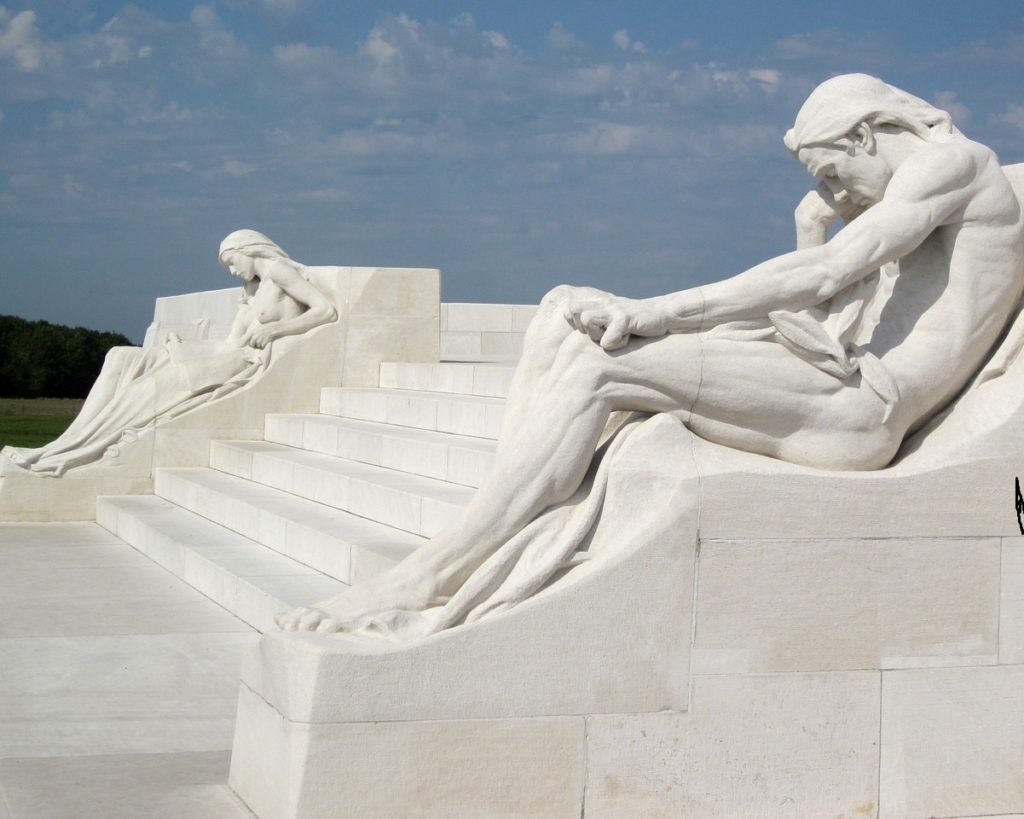 Death Comes for the War Poets: The Joseph Pearce Interview

How to describe the extraordinary writer who is Joseph Pearce?

Pearce is Senior Editor at the Augustine Institute, Senior Fellow and Journal Editor at the Cardinal Newman Society, and Tolkien & Lewis Chair in Literary Studies at Holy Apostles College & Seminary. He is editor of the St. Austin Review (www.staustinreview.org) and senior contributor at the Imaginative Conservative.

He is the author of many books, which include bestsellers such as The Quest for Shakespeare, Tolkien: Man and Myth, The Unmasking of Oscar Wilde, C. S. Lewis and The Catholic Church, Literary Converts, Wisdom and Innocence: A Life of G.K. Chesterton, Solzhenitsyn: A Soul in Exile and Old Thunder:  A Life of Hilaire Belloc.

His forthcoming book, “Further Up and Further in: Understanding Narnia”, will be published March 1, 2018.

We interviewed Joseph Pearce about his verse play “Death Comes for the War Poets,” which centers on the relationship and the poetry of World War I poets Wilfred Owen and Siegfried Sassoon. In June 2017, the play was performed at the Sheen Center to much acclaim. DCMetroTheaterArts called it “A rare and meaningful work with historic relevance, an inventive format, and a powerful message” that should “enjoy a long life beyond its exceptional debut.” Times Square Chronicle dubbed it “a moving theatrical piece of poetry in and of itself.”

CAT Editors: “Death Comes for the War Poets” is a verse-play-ballet based on the life, the poetry, and the friendship between Wilfred Owen and Siegfried Sassoon. So, here’s the first question: what is a verse play-ballet?

Joseph Pearce: That’s a great question! We actually called the published script a “verse tapestry” because it’s a play woven together with the works of several writers, mostly with their poetry but with some prose also.

The bulk of the script consists of the words of Siegfried Sassoon and Wilfred Owen, who speak in their own respective voices. The third character is Death, a female spirit, who speaks in words that I have written but also with lines plucked from the work of Thomas Gray, Gerard Manley Hopkins, Francis Thompson, G. K. Chesterton, Rupert Brooke, T. S. Eliot and Edith Sitwell, as well as with allusive references to Dante, Shakespeare and Ben Jonson.

I didn’t realize it was a verse ballet, until it was performed. The addition of music and choreography gives the play a whole new aesthetic dimension.

CAT Editors: Why Owen and Sassoon?  What drew you to this material?

I admire their candid and graphic depictions of the horrors of trench warfare during World War One. In the case of Sassoon, I also admire his post-war poetry, especially the verse that he wrote following his reception into the Catholic Church.

CAT Editors: For protesting the war in 1917, Sassoon was confined to a military psychiatric hospital, or so the legend says.  It sounds rather Soviet. What do you think the real story was there?

Joseph Pearce: In this case the legend is substantially true.

Following his widely-publicized protest of the conduct of the war, Sassoon was placed in a hospital with those suffering from what was then called “shell shock.” Today we call it post-traumatic stress disorder. Sassoon was not suffering from this, so it is fair to compare his treatment with the way in which the Soviet Union treated its dissidents.

CAT Editors: And yet out of the psychiatric confinement he met and became friends with that other great anti-WW1 poet, Wilfred Owen.  What do you make of that?

Joseph Pearce: I think their confinement together could be viewed as Providential in the sense that Sassoon inspired Owen’s Muse. Without their having met, we might not have the great war poetry which Owen wrote subsequently.

Neither poet was a Christian at the time. Their poetry reflects their philosophical and theological understandings. Owen’s poetry expresses an overarching bitterness or even cynicism; Sassoon’s poetry contains inklings of the mystical path of conversion on which he was unknowingly travelling. It would be fair to say that Sassoon’s war poetry is “Christ-haunted,” to borrow a phrase from Flannery O’Connor.

CAT Editors: How does your faith influence your work as an artist?

CAT Editors: “Death Comes for the War Poets” was put on by the Sheen Center in New York.  What surprised you most about the reception it received?

Joseph Pearce: To be honest, I was edified by the fairness of the critics in the secular media. Edified and very pleasantly surprised. I expected it to be crucified because of its Christianity. Catholic artists should be encouraged: Make beautiful and meaningful art, and the world does want to see it.

CAT Editors: Do you know of any plans for the work to be put on by any other theatre company?

Joseph Pearce: I know of no plans for it to be performed by other theatre companies.

To be honest, it’s not an easy play to stage. On the one hand, it is easy, in the sense that there is a cast of only three characters. Yet the bulk of the dialogue is in verse, and indeed in great poetry. It takes an especially gifted actor to be able to deliver poetry dramatically, especially on the scale required within the context of a full-length dramatic presentation.

I’d say it is at least as challenging as the acting of Shakespeare. Sassoon has so many lines that I believe it would be beyond the capabilities of any amateur production. I am, however, hoping to have it produced as a film, which I think would work very well. This depends on the right pieces, or the right people, coming together.

CAT Editors: How do we help re-create a thriving Catholic theatre?

CAT Editors: What do you say in response to those who think of Catholic art as a basically closed canon rooted in the great works of the past?

Joseph Pearce: Such a view fails to understand the relationship between the Creator and the creative gifts he bestows upon his creatures.

All art is a manifestation of this relationship, even if non-Christian artists fail to recognize it. The talents they possess are given to them as a gift, and the imaginative faculty is a mark of the image of God in which they are made.

This understanding of creativity allows us to see that art in its good, bad and ugly manifestations is being produced by all generations. This being so, the great works of the past become inspirational, as the giants on the shoulders of which new art is created.

“The great works are part of a living tradition. They are alive. They inform and infuse the new works created today. This is the glory of Tradition. It is ever old and ever new.”