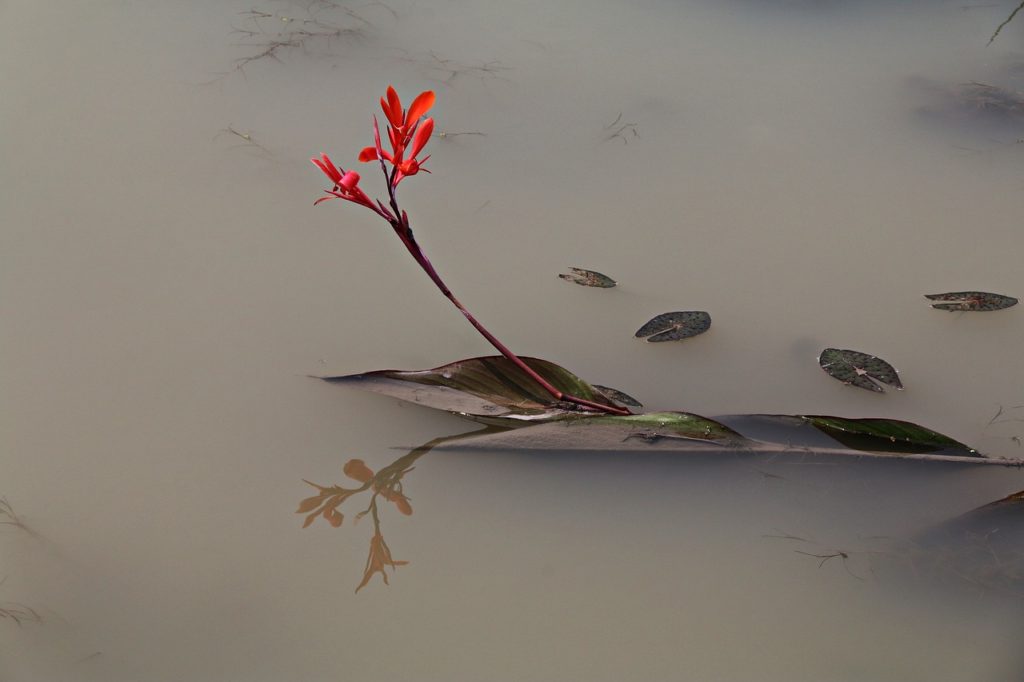 The Suffering in the Shadowlands

“Self-sufficiency is the enemy of salvation,” explains C.S. Lewis near the beginning of Shadowlands.

He is addressing us in the audience as if we are attendees on his lecture circuit, listening to a disquisition based partly on Lewis’s 1940 book The Problem of Pain. We revisit to this address several times throughout the play. Each time, Lewis finds his own words harder to deliver.

Lewis says that God uses pain to make us perfect, like a sculptor carving a block of marble. Later, reeling from loving and losing his wife Joy, Lewis feels the chisel-strokes as he speaks.

“We see the theory of pain before we see the practice.”

Shadowlands is a 1990 play by William Nicholson, billed as “the unlikely love story of C.S. Lewis & Joy Davidman.” The Fellowship for Performing Arts has mounted a quite fine revival of it, a production which ran in New York City at Theatre Row through January 7th.

The script, based on Lewis’s book A Grief Observed, tells how Joy Davidman, a brash American convert, barrelled into C.S. Lewis’s settled life as a dusty bachelor Oxford Don. Lewis and Joy married (technically), fell in love, married again (“in the eyes of God”), and then spent a few short years together before Joy died of bone cancer—leaving Lewis and her son Douglas to grapple with grief.

Their first, civil marriage was for immigration reasons, a courtesy of Lewis to his friend. Their second marriage was conducted in a hospital by a priest, a deathbed sacrament coupled with last rites.

It was quite plausibly a miracle that Joy recovered and she and Lewis got to live as man and wife for a few years. The play downplays the miracle, perhaps to dodge the potential scorn of a skeptical audience. The Lewis onstage resists seeing anything supernatural in Joy’s convalescence, causing Joy to mock-scold her husband, “You let me keep my miracle!” In reality, the historical Lewis accepted the remission of Joy’s cancer as a direct answer to prayer.

The FPA production captures the comedy-of-manners of it all, with Robin Abramson’s Joy a delightful dynamo and Daniel Gerroll’s Lewis a prim professor drawn slowly out of his tweedy shell.

It also builds in two moments of Narnian magic—one riffing on the iconic entrance into Narnia through a wardrobe, but the other less predictable and more interesting. As Lewis and Joy are sacramentally married while she lies in what seems likely to be her deathbed, Joy’s son Douglas steps out of 20th century England into the realm of fantasy. He plucks a magical apple, like the one that healed the protagonist’s mother in The Magician’s Nephew, and brings it to Joy’s bedside. Thus the play says what the character Lewis doesn’t: That Joy’s recovery is a little outside the order of nature.

And by the juxtaposition of the otherworldly apple and the marriage vows, it suggests that Christian marriage is itself a supernatural boon from another world.

In a talkback after the performance, the artistic director of FPA, Max McLean, fielded questions biographical and theological. Audience members wanted to know how closely the story onstage tracked with Lewis’s life and where liberties were taken. One person asked why Lewis’s friend J.R.R. Tolkien hadn’t made an appearance in the play. Another inquired if Joy, as a former Communist and Christian convert, had encountered the Catholic social activist Dorothy Day in New York.

McLean offered answers where he could and signposts where he couldn’t, pointing us, for instance, to the recent biography of Joy (titled Joy) by Abigail Santamaria. One audience member was confused by Lewis’s grief and sense of profound loss after Joy’s death. Shouldn’t Lewis, a Christian, expect Joy’s soul to stay near him, “didn’t he believe in angels on your shoulders?”

My wife, who had come to play after teaching catechism class, raised her hand to offer a gentle response to this gentlemen’s theological confusion. Angels and humans are separate orders of being, she explained, and Christians see death as a real separation—though, we pray, a temporary one.

The Bible says we are not to mourn like those who have no hope. And yet we shouldn’t be like the complacent clergyman in Shadowlands, who tries to bully Lewis into cheerfulness right after Joy’s funeral.

Even for Christians, there’s a mourning that’s healthy and necessary—a way of sorrows that brings us closer to Christ. The play’s title is drawn from the final chapter of the final Narnia book, “Farewell to Shadowlands.” It’s easy to read that neologism, “Shadowlands,” as a Platonic claim: our life here is but an illusion compared to the really Real. But it should also, and more emphatically, make us think of the valley of the shadow of death, and the songs of exile we Christians sing within this vale of tears. Our fallen world and the pain and loss it holds are real, but we have a homeland elsewhere.

In the end, the play’s most affecting line both points towards this reality and positions Joy as an archetypical reader of C. S. Lewis. As Joy lies dying, she confesses Lewis first won her heart from afar with his Narnia books. “I love your other worlds,” she says. She’s giving words here to many a child brought up with Lewis’s tales. I love his other worlds too.

But even for someone steeped in Lewis’s writing from a young age, seeing his life and love dramatized this way adds a new dimension to one’s understanding of the man.

I tend to think of Lewis as a comforting but abstract voice of teacherly authority. Perhaps I project onto him David Suchet’s Aslan voice from the Focus on the Family audiobooks versions of the Chronicles of Narnia. He became much more concrete here as a fallible fellow man wrestling with joy and grief. I left the theater praying for him (and Joy) to come to share in God’s heavenly kingdom.

It reminded me of something written by a friend of Lewis’s, another man of faith facing the death of his wife. Sheldon Vanauken, in his memoir A Severe Mercy, writes about coming to see his wife Davy as a whole in the aftermath of her early death.

He says, “Immediately after Davy’s death I had experienced the amazing phenomenon […] of the flowing back to me of all the Davys of all the years, the whole Davy, the eternal Davy, even as we hold all the David Copperfields when we have closed the book.”

Vanauken feels this is a glimpse of what temporal creatures look like from eternity, a God’s-eye-view of the soul. Any worthwhile biographical drama should give the viewer a similar sense of looking at the subject and glimpsing their wholeness—if only to stoke our longing for eternity and our resolve to journey out of the shadowlands, for the love of other worlds.