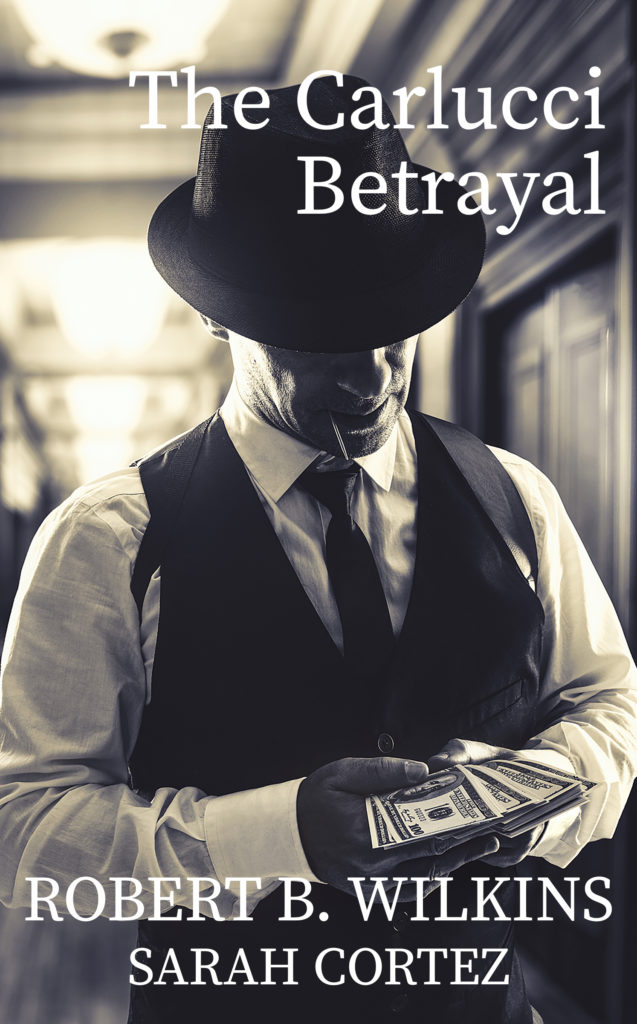 A Review of Robert B. Wilkins and Sarah Cortez’s The Carlucci Betrayal (Texas, White Bird Publications, 2021)

On January 10, 1999, The Sopranos aired on HBO. Before the days of Nextflix and Amazon Prime streamed on laptops, phones and tables, The Sopranos was broadcast on the soon to be eliminated cable television.

The Sopranos narrates the story of Tony Soprano (played by the late James Gandolfino), an Italian American mobster who, like The Godfather’s Michael Corleone, is a loving father as well as a vicious mobster. However, unlike Michael Corleone, Tony has a fragile weakness: he suffers from panic attacks, which he treats with the aid of his psychiatrist Jennifer Melfi, who eventually proscribes him Prozac.

Gandolfino’s Tony Soprano was a thoroughly postmodern man, haunted by his childhood and weakened by his anxiety, he was a deeply “existentialist” figure. Like Homer Simpson, Tony was also the American everyman balding and overweight with a taste for classic rock, sports, and World War II history.

However, more than his flaws or quotidian all American “dad-ness,” Tony was a man’s man, an intelligent and educated tough guy who was able to navigate labyrinthian wilderness of mirrors in the criminal world while managing the terrors and tedium of the postmillennial American cultural landscape.

With brilliantly crafted series such as Mad Men (2007-2015), Breaking Bad (2008-2014), and Season 1 of True Detective (2014), the Third Golden Age of TV has been marked by The Sopranos’ exploration of wounded masculinity attempting to navigate a world in which men are, in the words of NY Times columnist Maureen Down, no longer “necessary.”

While these TV series are, in many ways, “conservative” or “right wing” in as much as they, at times, present masculinity as well as various “natural” virtues such as courage and self-sacrifice as positive goods, most of the best of post-Sopranos TV is so filled with impurity, violence, and such dark and scandalous ideas as to make watching such series difficult if not impossible (as with True Detective) for most Catholics.

In their recent work, The Carlucci Affair, Robert Wilkins, a medical doctor turned author from Galveston, TX, and Sarah Cortez, a former active-duty police officer and current reserve officer  turned artist and fellow for the Dallas Institute of Humanities and Culture, skillfully craft a gangster novel that dramatizes the rise of two brothers from gangster wannabe barbers to heads of a major mob business on the fictional island of Zapata, Mississippi.

The Carlucci Betrayal tells the story of Frank and Vince Carlucci, two ambitious Italian-American  brothers, attempting to make it during the Prohibition era in the Deep South. Allying themselves with a more powerful gangster named Tony DeLuca, the Carlucci brothers battle against Cajun bootleggers, the powerful Chicago mob, hypocritical preachers, the WASP establishment, and their own demons in order to build a “boardwalk empire” before Prohibition threatens to upset their illegal liquor trade.

While built around the life of organized crime, The Carlucci Betrayal is also a tormented love story about the battle between Frank and Vince for Lisa, a runaway turned (almost) prostitute turned owner of a half way house for reformed women of the night. Vince overpowers Frank (and Lisa) and makes Lisa “his girl,” but Frank and Lisa undertake an affair that produces a child, Randall, who must be left with relatives in Oklahoma.

What makes The Carlucci Betrayal so distinct is the honest love that Frank has for Lisa; he finally admits this love to his brother in the final scenes of the novel, stating: “True love, Vince. Lisa is my true love.”

However, like The Godfather trilogy before it, The Carlucci Betrayal is also a story about the consequences of sin and the effect of a life of violence that claims the lives of those caught up in the orbit of crime and ambition.

From the very first page of the novel, we learn that Vince “was always ready” for a fight; however, this violence in him, like the impurity of Oscar Wilde’s Dorian Gray, grows into a monster as Vince is consumed with the violence that he perpetuates in order to build the Carlucci criminal empire (there are a few passages that readers with a “chaster muse” may want to skip over).

Vince and Frank are brothers but almost doppelgangers or two sides of every man: the beast and the king, the strong man and the lover.

With their strength and pathos, Vince and Frank are much stronger and more powerful than Tony Soprano or even Mad Man’s Don Draper; they are members of a stronger and earlier time in American history before men were finally broken and tamed by post-industrial bourgeois life.

The Carlucci Betrayal is additionally the story of redemption and the possibility for God’s grace to transform the lives of those who are receptive to it as well as God’s ability to “heal the broken hearted” and bring a happy ending from a tragedy.

Indeed, God’s presence radiates throughout the novel in a manner atypical to most gangster films, which (with the exception of Martin Scorsese’s recent Christ-haunted Irishman) usually dismiss Christian faith with an ironic postmodern shrug.

In a scene deeply redolent of the bittersweet “dinner scene” ending of The Godfather 2, Lisa has the entire Carlucci (literal) gang over at her place and prays with genuine sincerity:

My dear God, bless my dearest friends and protect Vince on his journey. May you see fit to allow us to celebrate again like this—together—in the future. Bless us all as we go with you on each of our individual journeys in life. Bless this food, we ask.

By the end of the novel, many of the characters at the dinner are dead, and, in another work with out a theological center, would only convey a jagged bitterness and irony.

However, in The Carlucci Betrayal. God is a hidden but nonetheless present force guiding the lives of the main characters.

Frank, the brother who keeps his hands (relatively) clean from the violence that ultimately consumes Vince, himself prays in St. Catherine’s Church, humbling beseeching God: “Please, God, I have no right to talk to you, but I know you are up there watching over me. Please guide me through this maze I have created with my life. Please don’t let me lose Lisa, dear God.”

Both Lisa and Frank’s prayers are answered, but not quite in the ways that they anticipated and not without the suffering that is endemic in this “valley of tears” into which humans are thrown.

The book can be purchased here.

Assistant Professor of English at Georgia Southwestern State University, Jesse Russell has published in  academic journals such as Literature and Theology, New Blackfriars, and Texas Studies in Literature and Language. His books Irony, Liberalism and Fantasy and The Redemption of Geoffrey Hill are both forthcoming from Lexington Books. 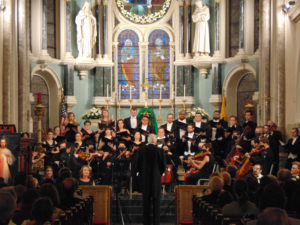 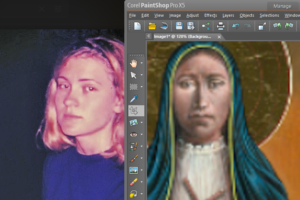